What is Functional Medicine? 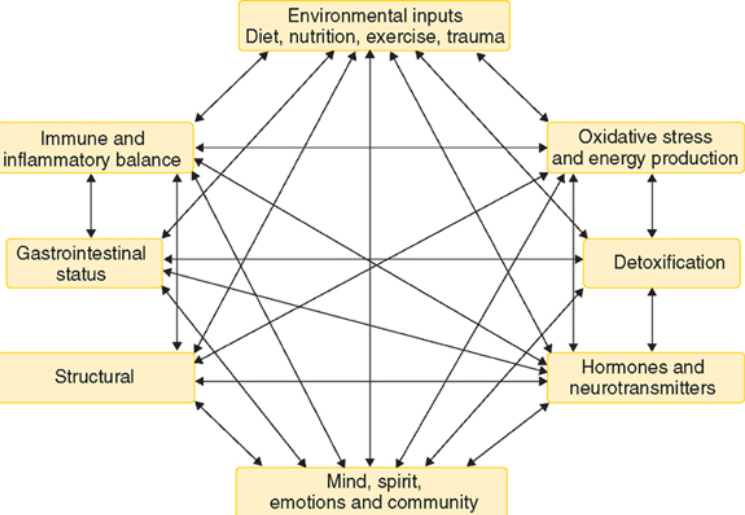 It's a science-based, natural way to become healthy again. Functional Medicine is patient-centered medical healing at its best. Instead of looking at and treating health problems as isolated diseases, it treats individuals who may have bodily symptoms, imbalances and dysfunctions. As the following graphic of an iceberg shows, a named disease such as diabetes, cancer, or fibromyalgia might be visible above the surface, but according to Functional Medicine, the cause lies in the altered physiology below the surface. Almost always, the cause of the disease and its symptoms is an underlying dysfunction and/or an imbalance of bodily systems.

Named diseases are just the tip of the iceberg. Below the surface, according to Functional Medicine, are the real causes of a patient's health problems.

If health care treats just the tip of the iceberg, it rarely leads to long-term relief and vibrancy. Identifying and treating the underlying root cause or causes, as Functional Medicine does, has a much better chance to successfully resolve a patient's health challenge. Using scientific principles, advanced diagnostic testing and treatments other than drugs or surgery, Functional Medicine restores balance in the body's primary physiological processes. The goal: the patient's lifelong optimal health.

We look forward to hearing from you.